During the half hour drive from Valencia to
Buñol, you pass a lot of towns that look just like Buñol. It isn’t the
buildings of this little town of 8,000 people that make it an internationally
famous destination. Neither is the countryside anything special; within the
same distance from Valencia you could visit pine covered mountains or lush
wetlands, but the road to Buñol takes you past stout, scrubby hills squatting
on a dusty plain. It’s not beauty that draws many thousands of tourists here,
it’s a food fight. On the last Wednesday of August thousands gather to pelt
each other with 140 tonnes of tomatoes and the streets run red with pulp in a
unique festival: La Tomatina. 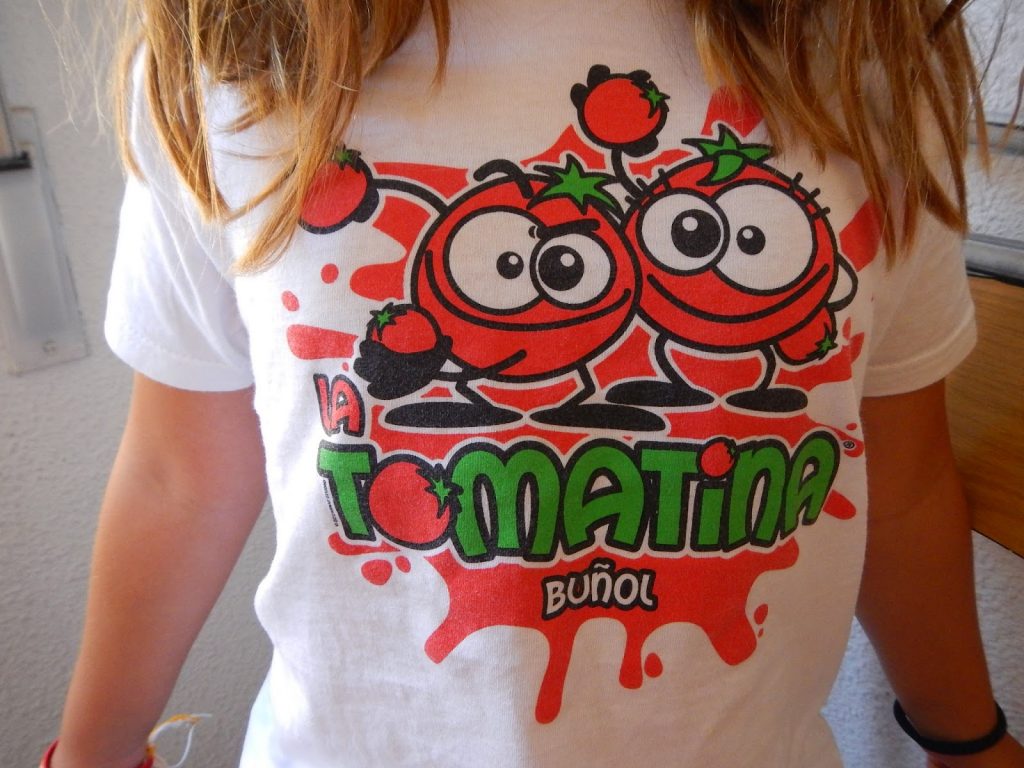 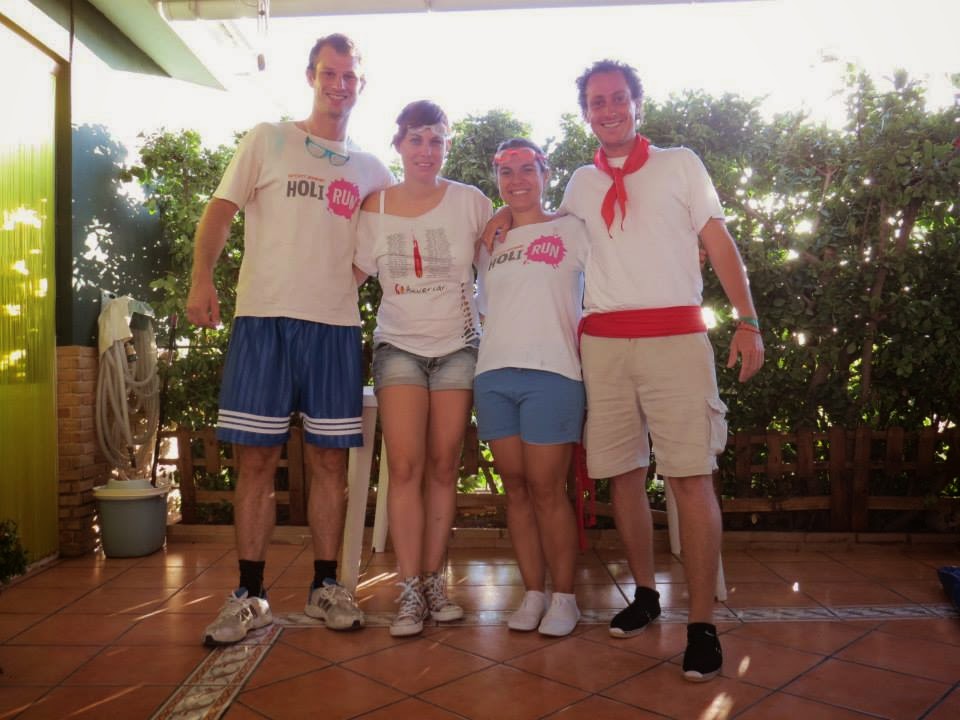 he origins of the festival are disputed
with some claiming the original target was an obnoxiously bad singer, others
that exclusion from a parade of papier-machéed big heads caused local youths to
turn food into ammo. All agree though, that sometime in the 1940s a tomato
fight broke out that was so much fun the townspeople decided to do it every
year. Officially banned for over a decade, the will of the people triumphed in
1957 and since 1975 tomatoes have been provided by Los Clavarios de San Luis
Bertrán, the patron saint of fruity revenge. In 1983 La Tomatina was shown
on TV for the first time and since then its fame has spread across Spain and
the globe. 40,000 people attended in 2012, the last year access to the festival
was unrestricted. Since then, tickets have been sold and the number of
non-local participants limited to 20,000. 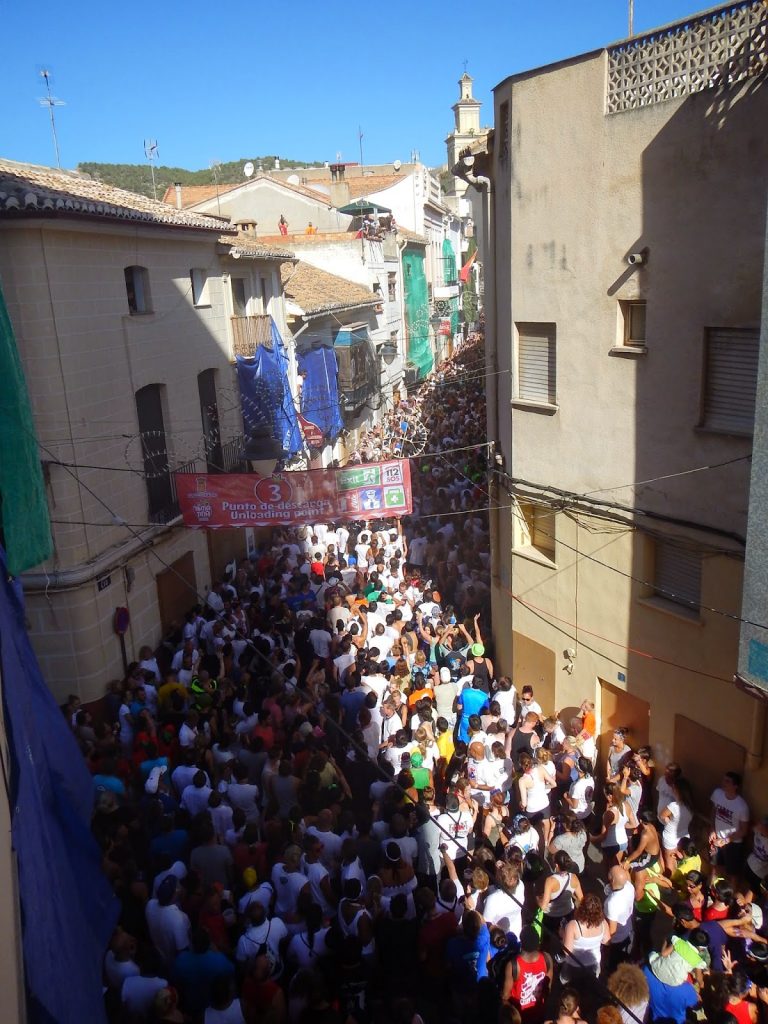 So what’s it like? Well 20,000 people is
still an awful lot in the high street of a town that’s home to less than half
that number, so be prepared to await the action in a heaving crush of people.
That said, the atmosphere is jubilant, fuelled by the ridiculousness of a
global gathering in a tiny village, locals who soak the crowd from their
balconies with hoses and buckets (on an August day in Spain that’s a good
thing) and sangria by the pint. 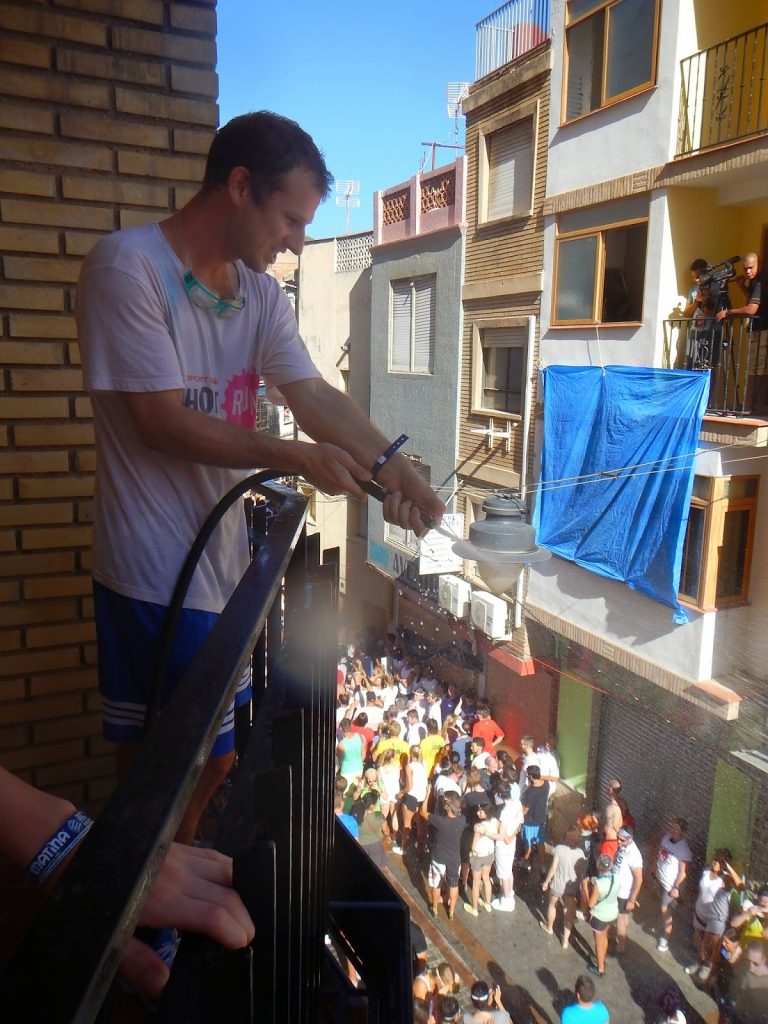 Before the main event the entertainment is
the Palo Enjabonado a ham hung atop a six-metre-tall greasy pole. How
you get the ham is up to you; the only rules are those of common decency and
there’s no referee to enforce them. So heads are trampled and the occasional
punch thrown as people literally climb over one another to bring home the
bacon. Incredibly though, the rough housing never crosses the line into
violence. When tempers fray the aggressors are held back by the crowd and more
people co-operate than attack the competition. It takes hours for the soap
covering the pole to rub off so someone can claim the ham and whether you’re
interested in spontaneous order formation in a diffuse power structure or you
just like a good scrap it does not stop being entertaining throughout that
time. 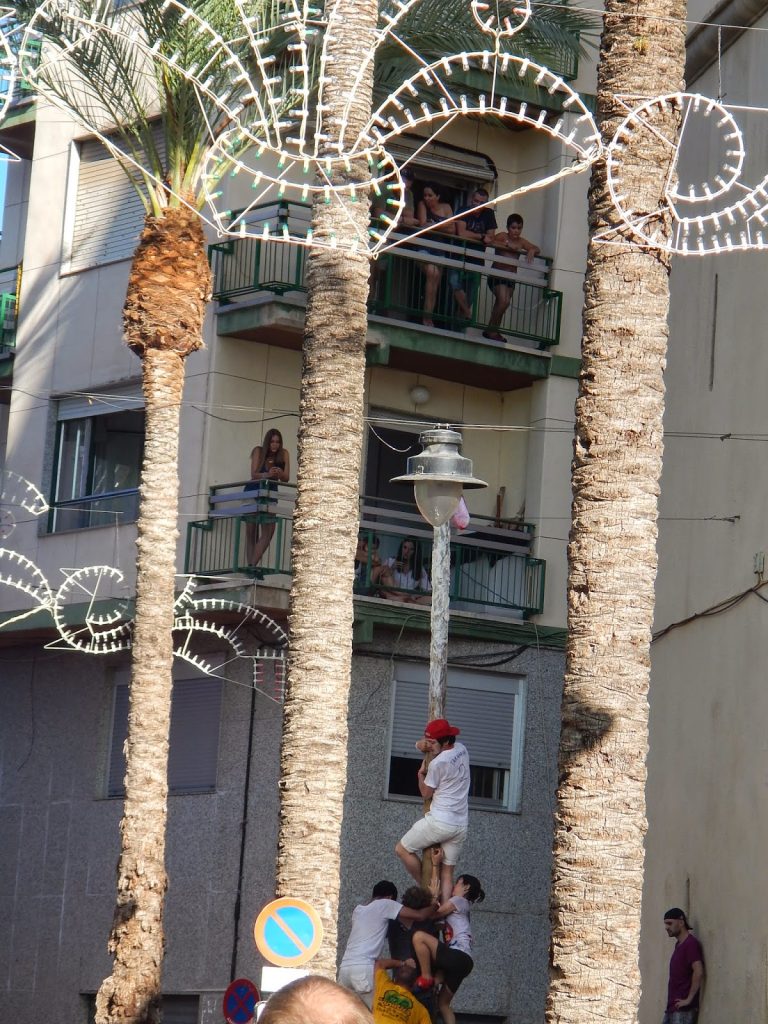 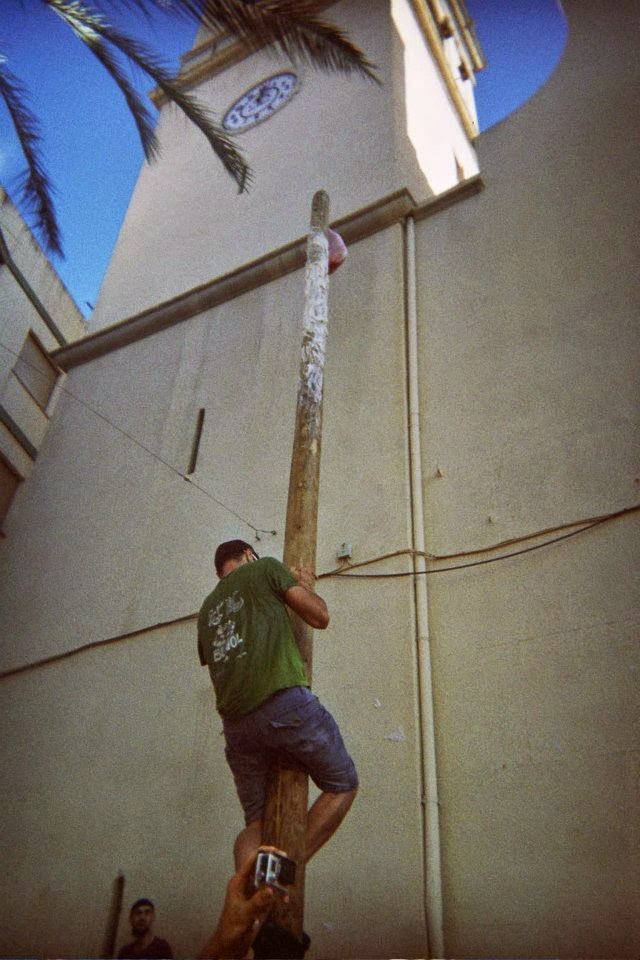 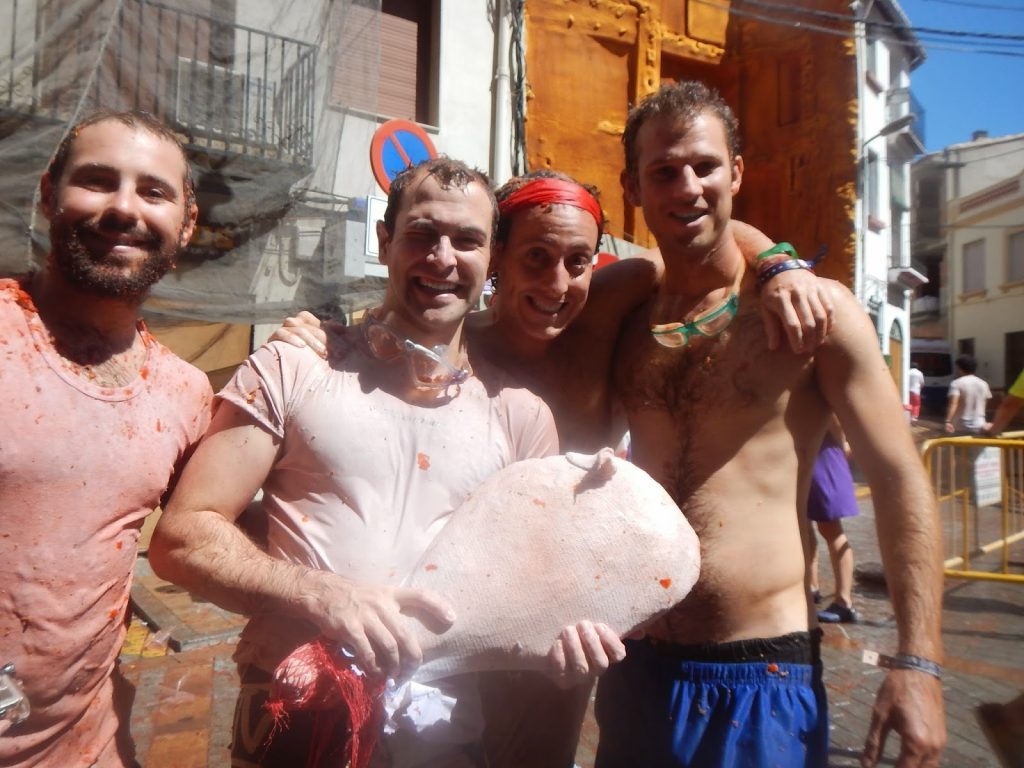 The main event begins at 11am although it’s
important to be in place well before then as it’s hard to move through the
crowd. The best location is in the square near the ham pole, as this is where
the trucks come from, the further you are down the street, the fewer tomatoes
there are to throw. It’s best to place yourself on the side of the road
although don’t worry if you’re in the middle, a steward will roughly fling you
to the side before you get run over. The open-top truck is full of people who
throw tomatoes at you, you pick them up and throw them at other people. Simple
and a lot of fun. After the truck’s been through for the third or fourth time
the floor is a lake of tomato slime that you can pick up and chuck as well, or
lie down and wallow in. You’ll be that covered in tomatoes it won’t make much
of a difference at that point. 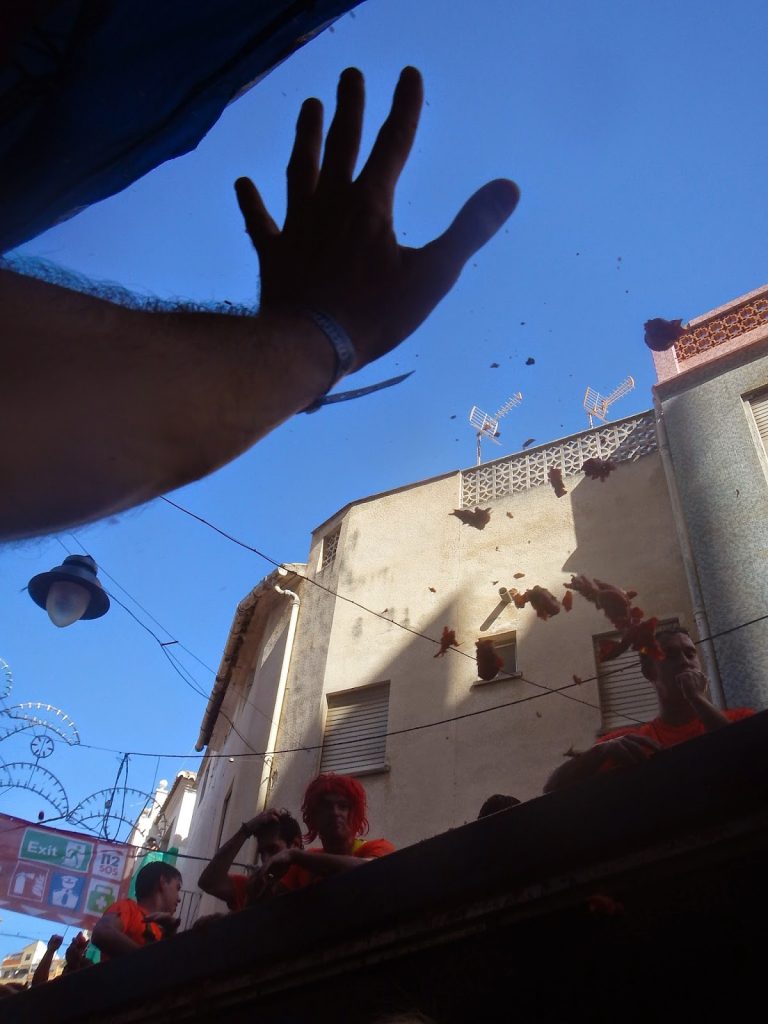 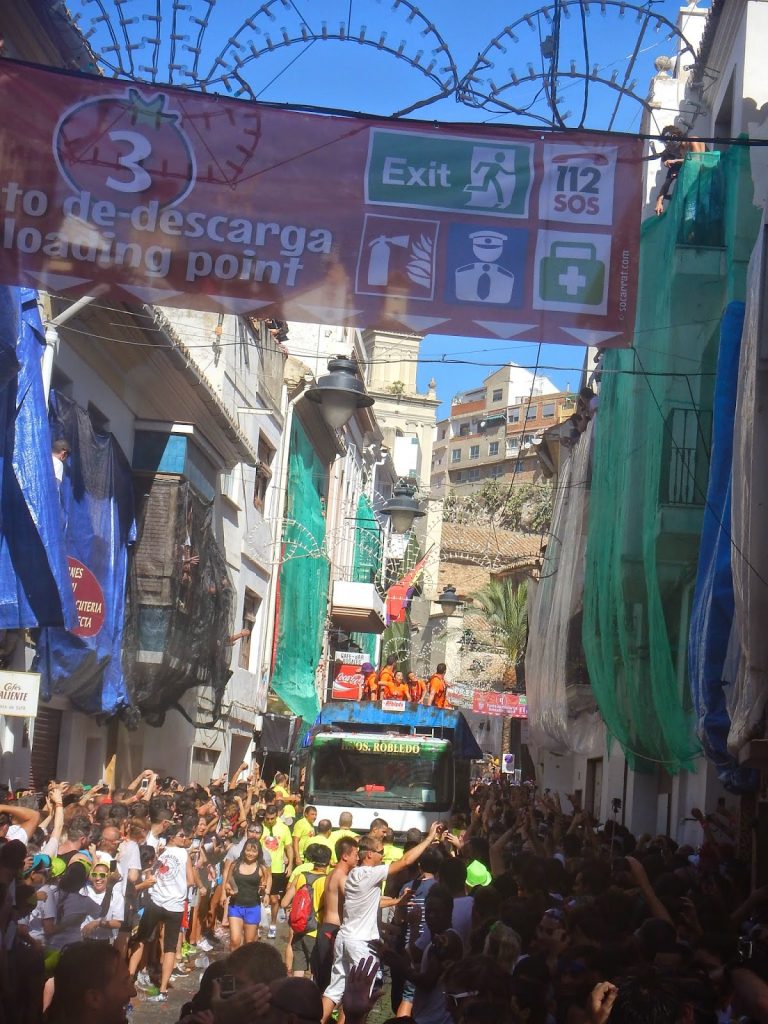 A little more than hour later it’s all
over. So as you wipe the pulp from your eyes and the seeds from your ears comes
the inevitable question: is it worth it? If you can scan a crowd of people and
say with confidence ‘he’s a cunt’ then the answer is definitely yes – where
else can you legitimately throw food at that cunt’s head? Even for the less
misanthropic there’s a thrill in having the normal rules of behaviour
suspended. Though bear in mind it’s an hour of fun with considerably more
travelling and cleaning time bolted on, so my advice if you do want to come is
check out all the other great things you can do in Valencia as well. La
Tomatina is a great reason to visit but not one that justifies the trip by
itself. 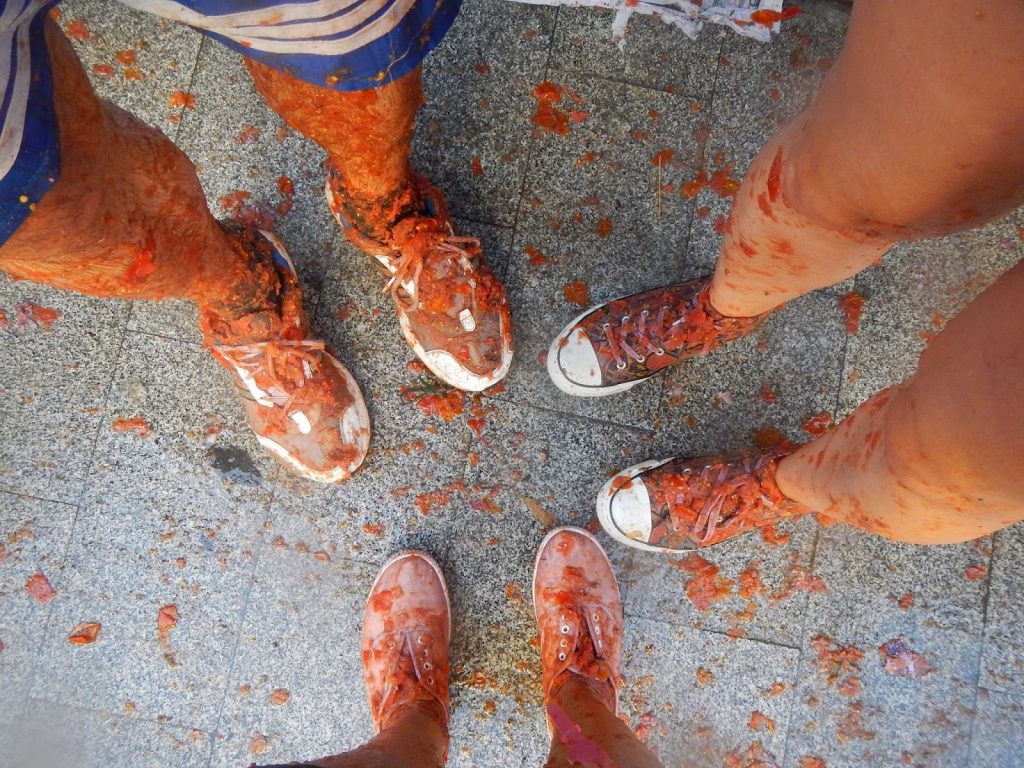 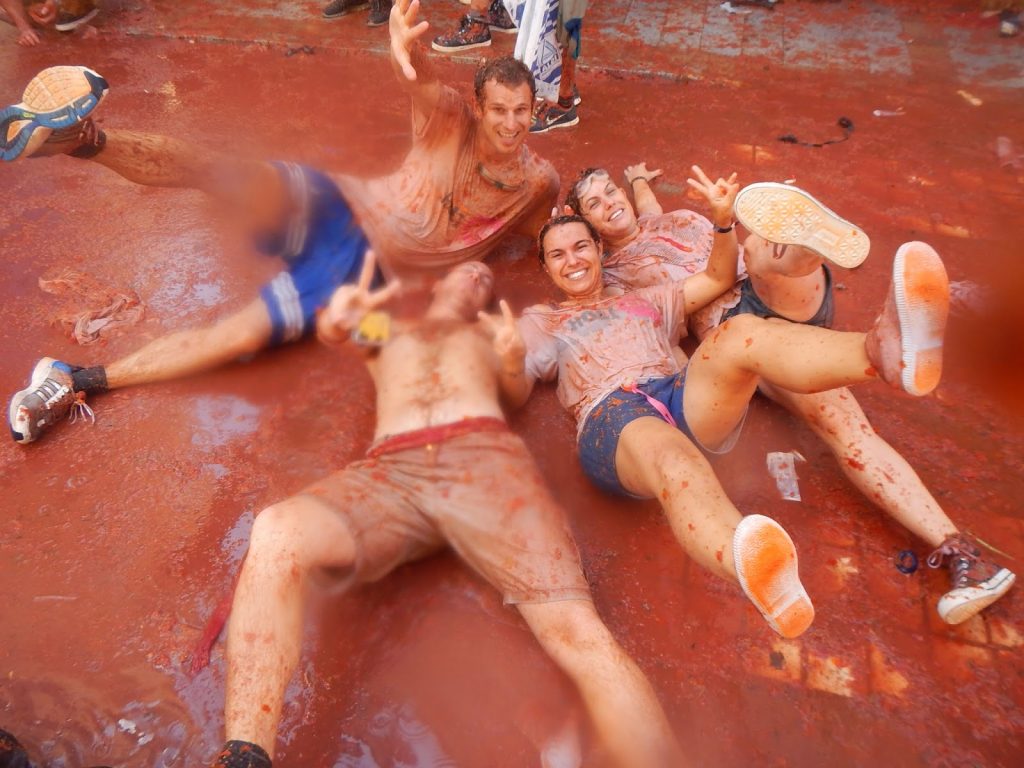 The Practicals:
When: La Tomatina takes place on the last
Wednesday of August
Where: Buñol, Spain
How Much? Tickets for the 2014 event cost
10 Euro, available here.
How do I get there? Train or bus from
Valencia
Should I wear old clothes I don’t want?
Hell yes.

Thanks very much to Mako and her family for inviting us to the festival and for their lovely hospitality, we hope you enjoyed the rest of the fiesta de San Luis Bertrán! 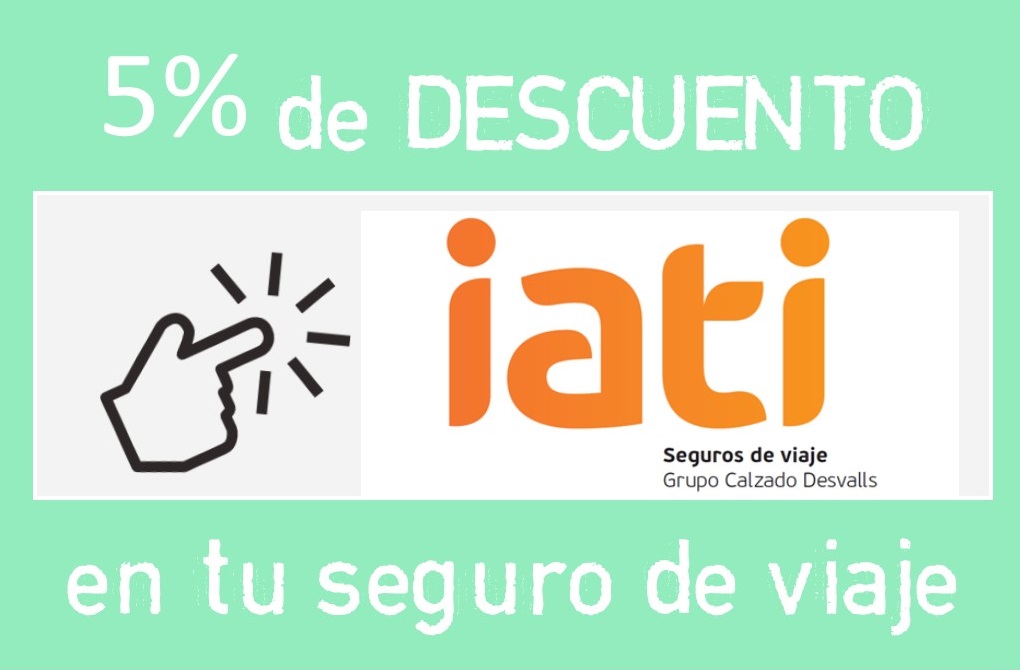 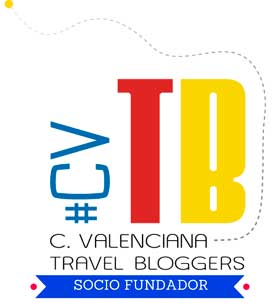